Just going to update with some recent TTMs from the last few weeks......

You may notice I'm on a "Greatest Moments" kick lately, I really like the design but I feel they look better with color images instead of the original style B&W.

Al Weis
was a utility infielder with the Chicago White Sox and New York Mets in the 1960s but is most famous for his play in the 1969 World Series. He drove in the game winning run with a single in the ninth inning in Game Two and hit a game tying home run in the seventh inning of Game 5 as the Mets won the Series. He was named the winner of the 1969 Babe Ruth Award as the  player with the best performance in the post season. 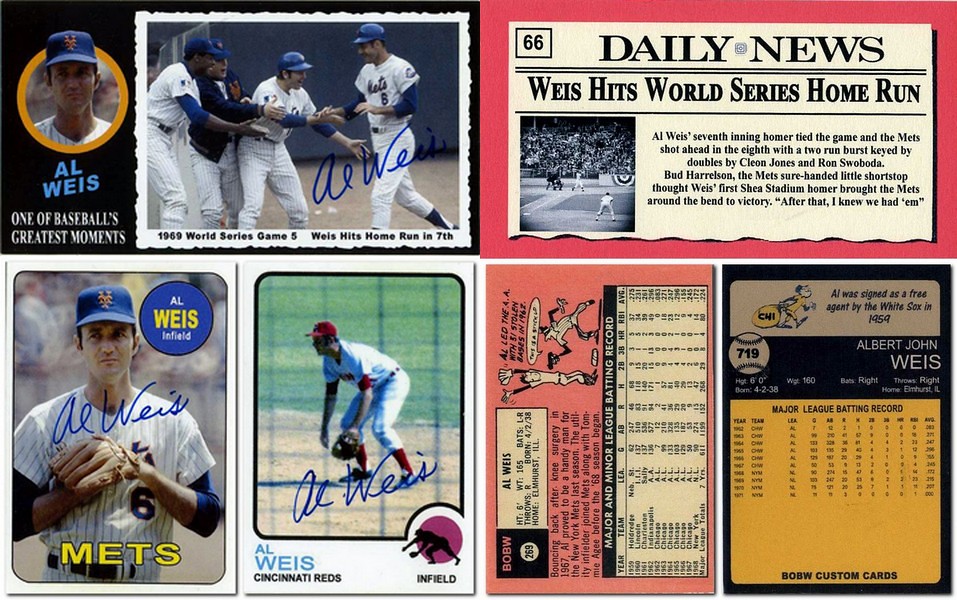 J.C. Martin
also was a member of the 1969 Mets. He originally started in the White Sox organization as a first and third baseman but was converted to catcher in 1962. In 1965, he set a major league record for passed balls with 33 mostly because he was catching knuckle ball pitchers Hoyt Wilhelm and Eddie Fisher. He was sent to the Mets in 1967 as the "player to be named later" in the Ken Boyer trade to the White Sox. he was a back up with Duffy Dyer for regular catcher Jerry Grote and was involved in the famous bunt play in Game Four of the 1969 World Series.With the game tied 1–1 in the bottom of the 10th and Rod Gaspar on second, Martin was pinch-hitting for Tom Seaver, he bunted the ball back to the mound and, while running to first, was hit on the arm by Pete Richert's throw, allowing Gaspar to score the winning run from second. The Orioles said he was running inside of the baseline and should have been out. 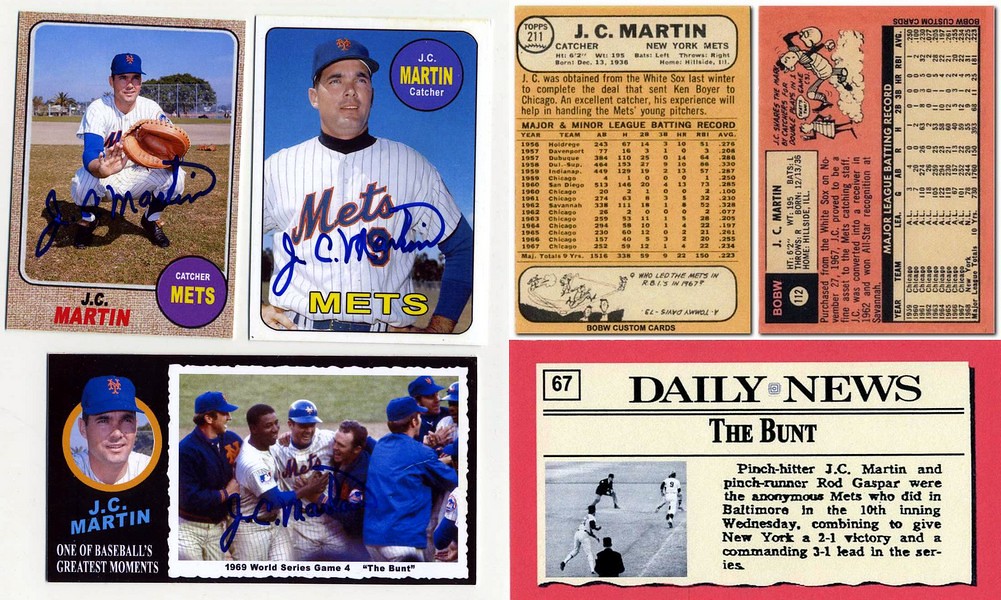 Bobby Heise
also played for the 1969 Mets but briefly after the September call ups. He appeared in 4 games batting .300.He was then traded after the season to the San Francisco Giants in the
Dave Marshall/ Ray Sadecki trade. He played until 1977 with the Giants, Brewers, Cardinals, Angels, Red Sox and Royals.

Jim Lonborg
won the 1967 Cy Young Award after winning 22 games, leading the A.L. with 247 strikeouts and leading, along with Yaz, the Red Sox to the 1967 World Series where they lost to the Cardinals.
During that off season, he hurt his knee skiiing and was never the same pitcher again though he pitched until 1979 with the Phillies. 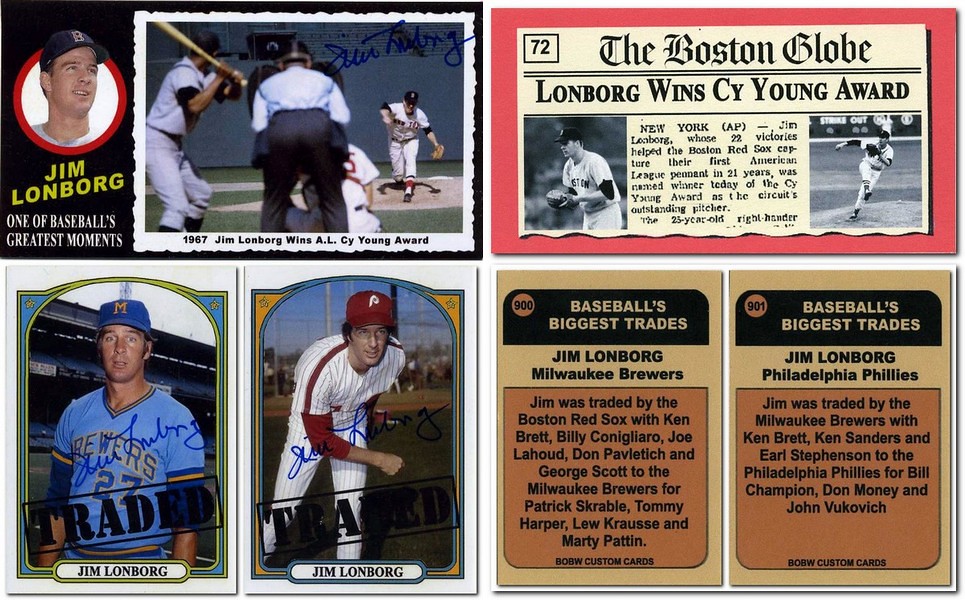 Darold Knowles
when I was growing up was a pitcher that never seemed to age. He was always around helping some major league team, sort of like Jamie Moyer was, the guy with the rubber arm. He was a valuable member of the Oakland A's bullpens of the 1970s. He pitched in all seven games of the 1973 World Series against the Mets. He pitched for 16 years with 7 teams. 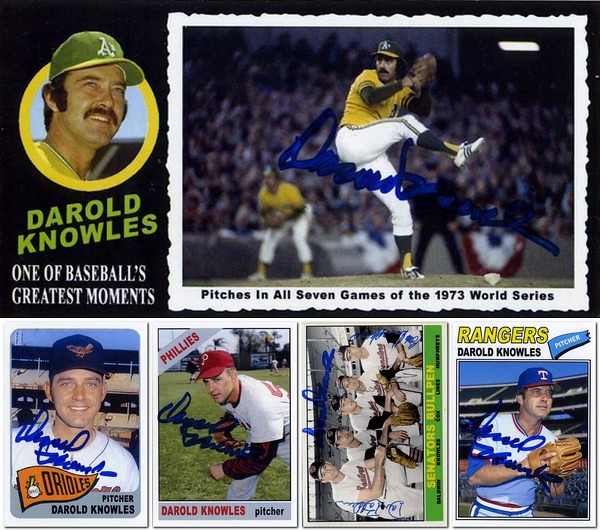 George "Doc"Medich
pitched for the Yankees from 1972-1975 going 49-40 in four seasons. He won the last game ever in the Old Yankee Stadium against the Tigers in 1973. In 1975 he was sent to the Pittsburgh Pirates in the Willie Randolph trade. 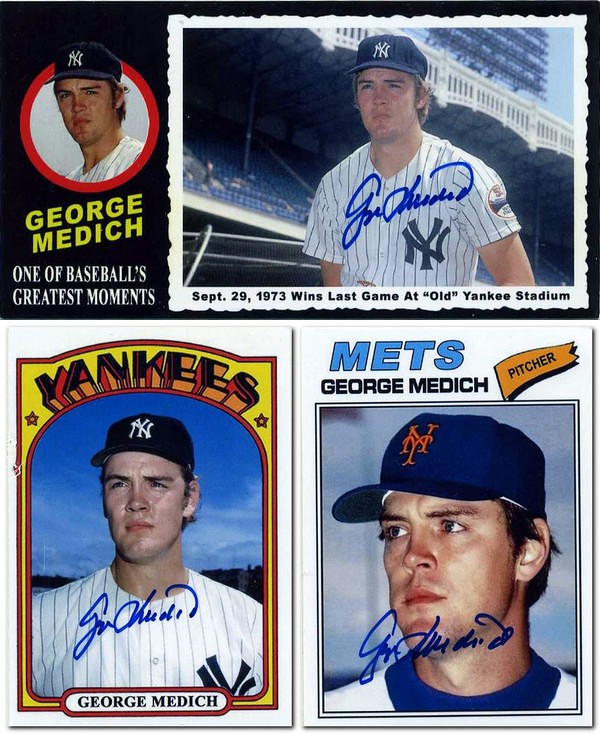 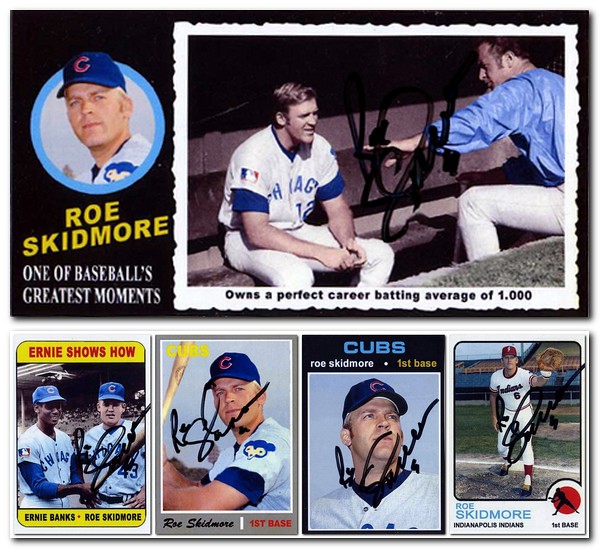 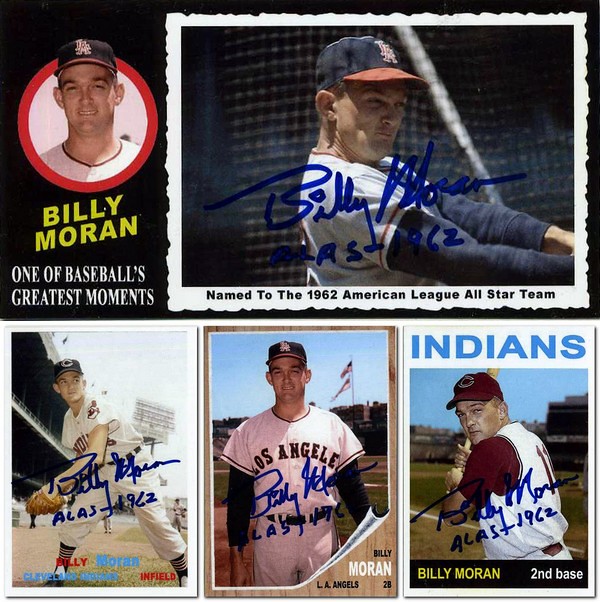