Been a while since the last post but here are some cards I made recently for collectors.....

Keith from NYC
wanted some hockey cards made.Since the 1967 Topps set was made up of the six teams before expansion, he wanted cards made of the six  new Expansion Teams, the Oakland Seals, LA Kings, Philadelphia Flyers, Pittsburgh Penguins, St Louis Blues and the Minnesota North Stars. Also made were the All Star cards and team photos.... 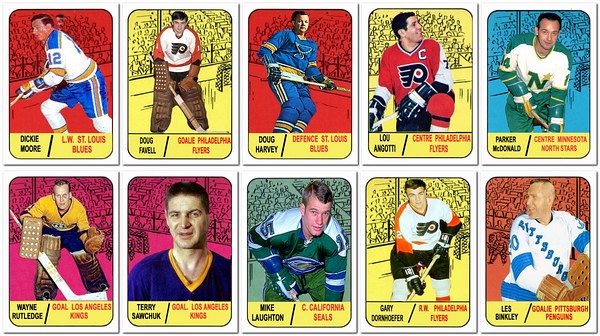 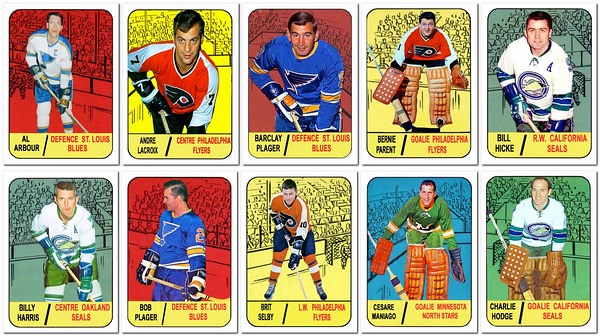 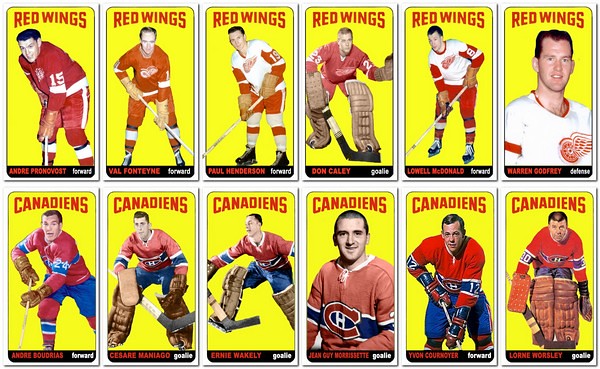 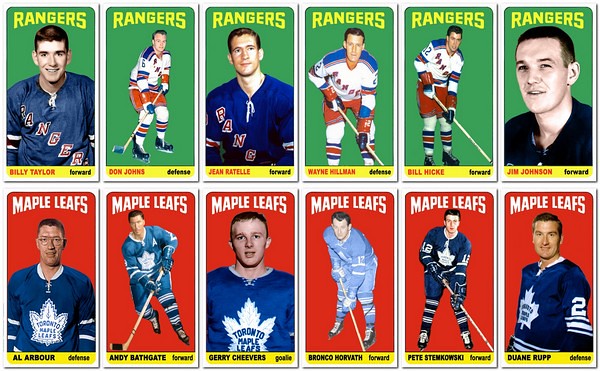 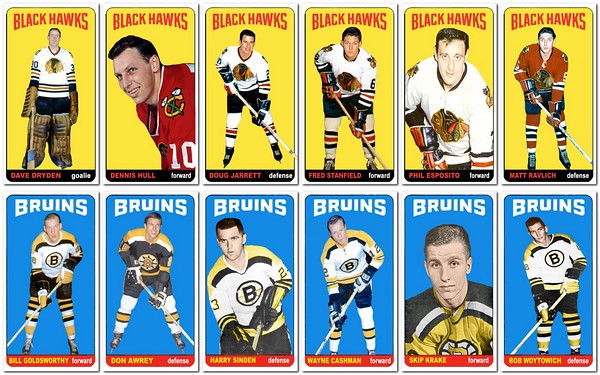 I did not realize how hard it was to find a Hal Bevan autograph to put on the front....he's a toughie.

Rick from Florida
wanted some tobacco and caramel cards