This return comes courtesy of former Brewers pitcher Ray Peters who has been looking up old teammates and opponents from his playing days......I've been making cards for his teammates with help from Keith from NYC who helped supply images.

John Penn
was a teammate of Mr Peters when they both played with the Eugene Emeralds in 1971 and it was also Mr Penn's last year of pro ball. Mr Penn never played in the major leagues but he had some success in the Phillies minor league farm system. He went 15-5 in Spartanburg in his first pro season in 1966 and won 16 games in 1969, mostly with Raleigh in the Carolina League. 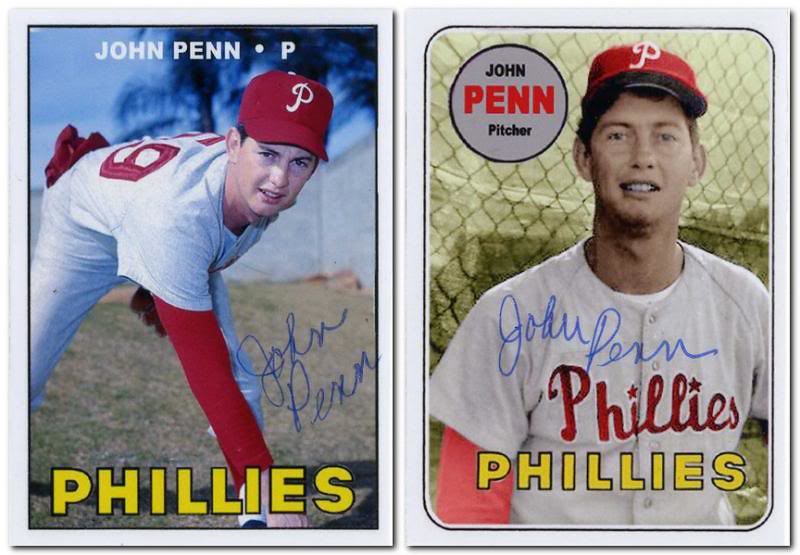 and a team photo from the 1967 Reading Phillies