Returns are still coming in from my big mailing a few weeks ago......

Jim Snyder
played with the Minnesota Twins in 1961 and 1962. He had started in 1952 with the St Louis Browns organization and played in the minors until 1965 with the Washington Senators organization. In 1988 he was the Seattle Mariners' interim manager after Dick Williams got fired. 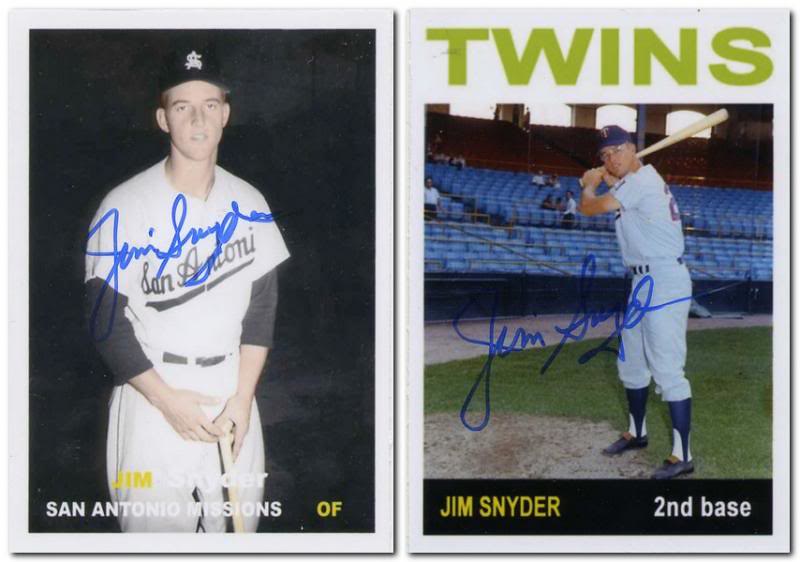 Carl Mathias
pitched for the Cleveland Indians in 1960 and the Washington Senators in 1961.

Joe Amalfitano
played with the NY/SF Giants, Houston Colt 45s and Chicago Cubs from 1954 to 1967. After retiring, he was a coach for another 30 years, mostly as the LA Dodgers third base coach.

Norm Angelini
pitched with the Kansas City Royals in 1972 and 1973, all in relief.