Don Hood
was mostly a relief pitcher during his career but he did have his share of starting assignments. He came up with the Baltimore Orioles in 1973 and was traded to the Cleveland Indians with Boog Powell in 1975.

I had sent a fourth card to be signed but Mr Hood said it was not him but Dave LaRoche..... 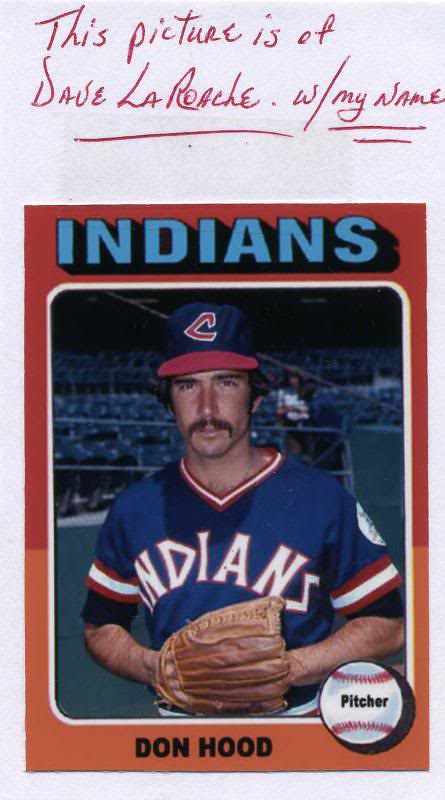 Rick Stelmaszek
was originally drafted by the Washington Senators in the 1967 amateur draft. He played with the Senators, Angels and Chicago Cubs as a backup catcher.