Tom Yewcic
When I first started searching my hard drive looking for images to make cards of Mr Yewcic, I was surprised to find football images in the search. I found out that Mr Yewcic played football and baseball at Michigan State. He played one game with the Detroit Tigers in 1957. He then played football with the Boston Patriots of the AFL from 1961 -1966. He was also a member of the Patriots 1960s All Decade Team. Maybe it's time to get into football cards too. 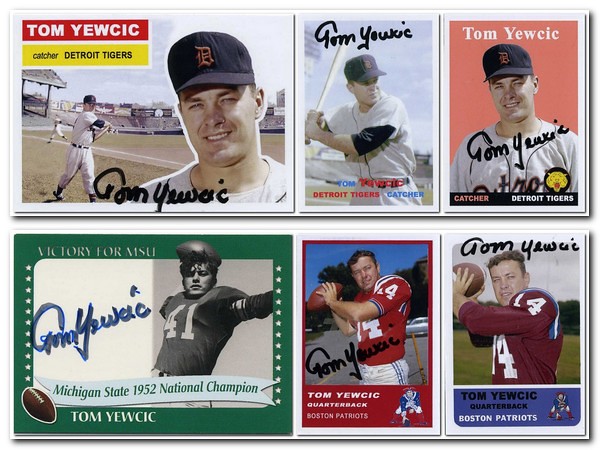 Corky Withrow
played in only 6 games for the Cardinals in 1963. He was a power hitter in the minor leagues.

Wayne Causey
played in the majors from 1955-1968 with the Orioles, Athletics, White Sox and Braves.

Jim Gentile
was originally signed by the Brooklyn Dodgers in 1952 and was stuck behind Gil Hodges. He was traded to the Orioles in 1959 and in 1960 hit 21 homers and had 98 RBIs.In 1961 he hit 46 home runs with 141 RBIs and finished third in the MVP voting behind Roger Maris and Mickey Mantle.

Joe Altobelli
Mr Altobelli  played in the major leagues with the Cleveland Indians and Minnesota Twins but is probably more famous as a manager. He was the manager of the 1983 World Champion Orioles and also managed the SF Giants.

Ranson Jackson
Mr Jackson was the Cubs regular third baseman from 1951-1955. He was then traded to the Brooklyn Dodgers and then finished his career with the Cubs and Indians.

Jim Brady
pitched in 6 games with the 1956 Detroit Tigers. His nickname was "Diamond Jim" because of his signing bonus had to stay with the Tigers because of the bonus rule. 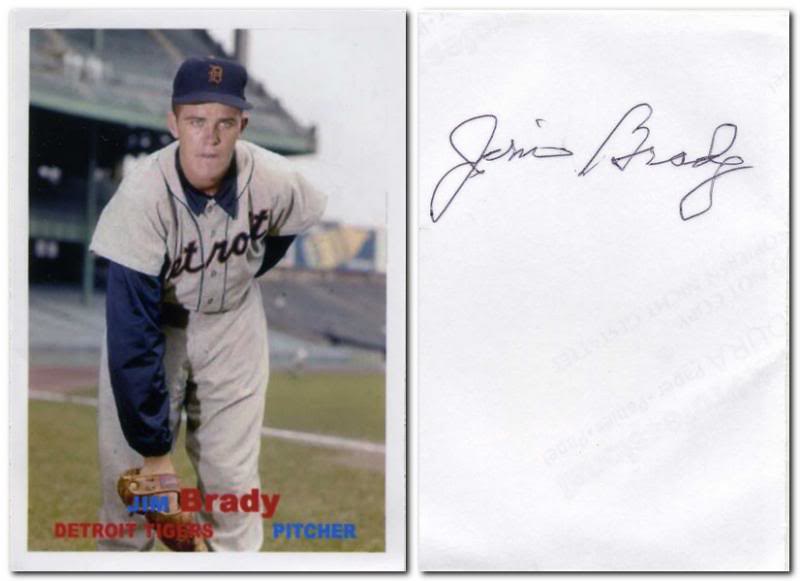