Jack McMahan
pitched in the major leagues in 1956 for the Pittsburgh Pirates and the Kansas City Athletics after he was traded in June of that summer. He finished with an 0-5 record in 34 total appearances 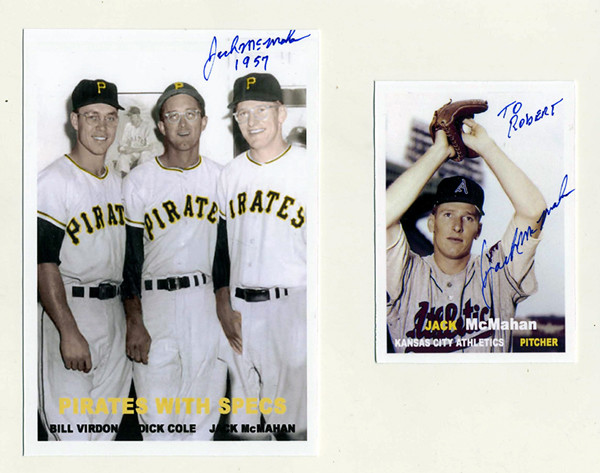 Tim Marting
was a First Round Draft Pick in 1966 of the Detroit Tigers. Though he never made the major leagues, he played in the Tigers organization until 1971. He appeared on a 1971 Tigers' Rookie card with Dennis Saunders.

Terry O'Reilly
My friend Doug Keating had Boston Bruins tough guys Terry O'Reilly and Jay Miller signing at his card show the day after Thanksgiving. I made up a Boston Braves "pre rookie card" of Mr O'Reilly 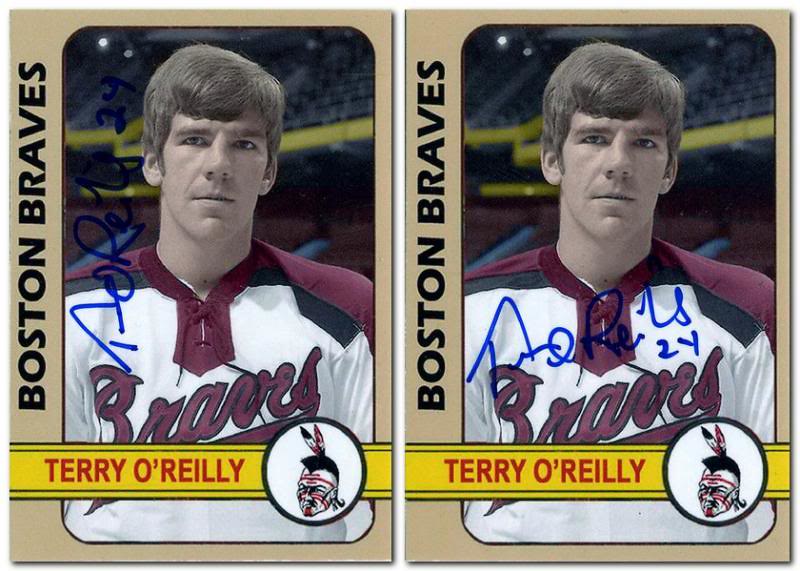 Mr Keating will be having Johnny Bucyk at his News Years Day show and Rick Middleton and Ken Linseman at his January 20th show.
Posted by bobw at 5:23 AM No comments: