It has been a while since I posted anything new because I haven't had the time to scan and post but now here they are in one post.......a TTM basketball, two from signings and a "Friends of Ray Peters"

Jerry Kramer
played guard on all the great Lombardi Green Bay Packers teams of the 1960s. One of my favorite books growing up was authored by Mr Kramer and Dick Schaap, "Instant Replay" The signature was obtained for me by Mike from West Allis, WI. He is a big Jerry Kramer fan and I have been making some Kramer cards for him. He said Mr Kramer was coming to Wisconsin last week so I made a 1956 Style card using one of my favorite football images of Vince Lombardi and Jerry Kramer from the Super Bowl.

Billy Sims
won the Heisman Trophy in 1978 at Oklahoma and then played for the Detroit Lions. He was a great runner until had a bad knee injury in 1984.

The Original Frank Thomas
Lou from Signatures4U got me the Frank Thomas customs signed. Frank was an Original 1962 Met and led them with 34 home runs after being a star in Pittsburgh with the Pirates in the 1950s. 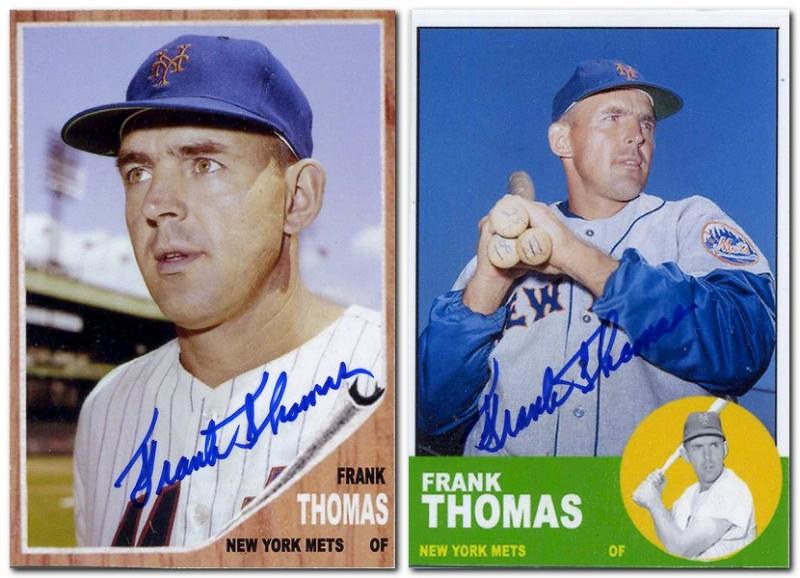 and in another installment of the "Friends of Ray Peters"

Gene Ammann
was a teammate of former Brewers pitcher Ray Peters with the Jacksonville Suns in 1970 and the Evansville Triplets in 1971.

While pitching at Florida State, Mr Ammann had an outrageous 1970 season with a 15-0 record, an ERA of 0.66, and eight shutouts. He was also named the 1970 College World Series Most Outstanding Player. He was signed by the Milwaukee Brewers after being drafted in the third round of the 1970 draft but never made the Major Leagues.He played in Japan for the Hankyu Braves in 1974.

I made a custom card of the Reverend Bill Greason for collector Mark House, that was featured on TNT with Shaq, Barkley and Kenny Smith. Mark is trying to get Mr Greason inducted into the Oklahoma Hall Of Fame.