Ray Peters was a pitcher in the Seattle Pilots and Milwaukee Brewers organization and pitched for the Brewers in 1970. He has been getting in touch with former teammates and opponents. With the help of Keith from NYC, I have been making cards for those teammates, most of whom didn't have cards or had very few.

Roric Harrison
and Ray Peters played together in 1969 with the Seattle Pilots team in the Arizona Instructional League and the again in 1970 with the Portland Beavers in the PCL. He was also the last A.L. pitcher to hit a home run in a game before the DH went into effect in 1972. 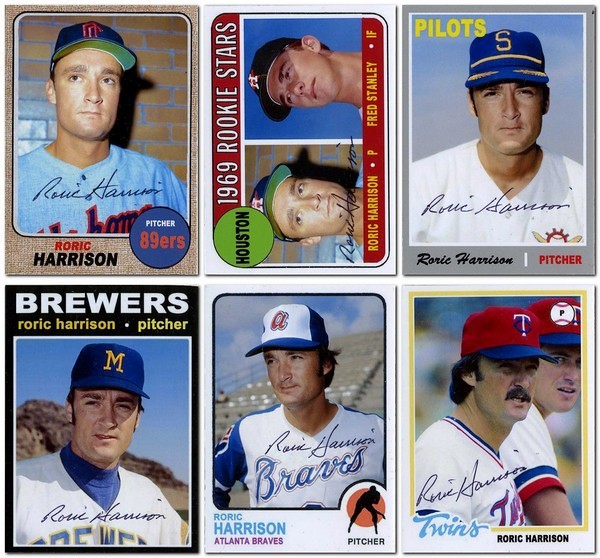 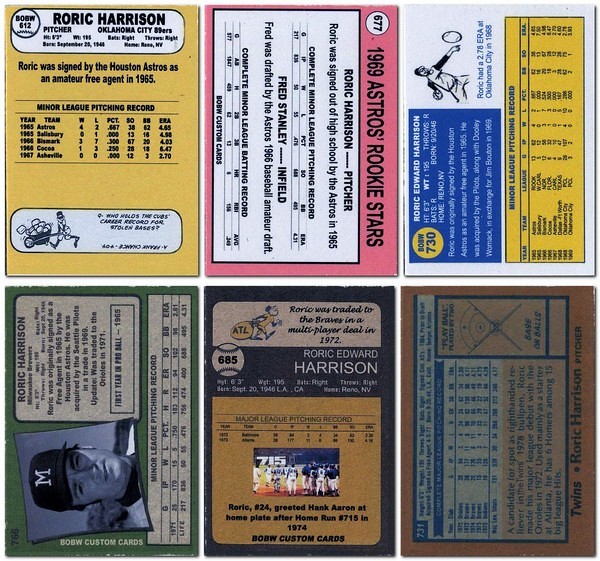 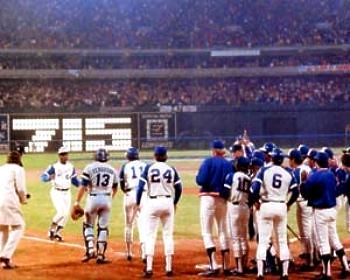 Bill Leinheiser
pitched with Ray with the Evansville Triplets in 1971. Mr Leinheiser also pitched for the 1969 NCAA College World Series Champion Arizona State Sun Devils. In 1971, Mr Leinheiser pitched well  for the Milwukee Brewers against the Atlanta Braves in an exhibition game.

According to the LaCrosse Tribune from August 10, 1971,

"The attractions were the Atlanta Braves, County Stadium tenants from 1953-65, and the brilliant Henry Aaron, who hit 398 of his 623 major league home runs in a Milwaukee Braves uniform. But for the second straight year in this exhibition, the upstart Milwaukee Brewers took a 1-0 victory. Johnny Briggs gave the Brewers all the offense they needed with an opposite-field home run in the first inning, then turned things over to a minor league battery. Bill Leinheiser, a skinny 23- y e a r-old right-hander who couldn’t even start for his college team, kept the heavy-hitting Braves off balance with an exploding curve ball"