Tom Van Arsdale
was drafted by the Detroit Pistons in the second round from Indiana University in 1965 and was named to the NBA all Rookie team. He played for five other teams from 1965 to 1977. Did not know this but Tom Van Arsdale holds the NBA record for playing in the most NBA games in a career without playing in any playoff games.

Emmette Bryant
played guard for the NY Knicks, Boston Celtics and Buffalo Braves from 1964-1972. He was an important part of the 1969 World Champion Celtics.

Jeff Mullins
played college ball at Duke and also was a member of the 1964 USA Olympic basketball team. He was a first round draft pick of the St Louis Hawks and played there for two seasons before being drafted by the Chicago Bulls in the 1966 Expansion Draft. He never played for the Bulls as he was traded to the San Francisco Warriors and played with them until he retired in 1976

Don May
played for the University of Dayton and helped the Flyers reach the 1967 NCAA Championship game against Lew Alcindor and UCLA. He was also a member of the World Champion NY Knicks team of 1970.

Greg Smith
was a starter playing with Lew Alcindor, Oscar Robertson, Bob Dandridge and Jon McGlocklin on the 1971 World Champion Milwaukee Bucks. He later played with the Houston Rockets and the Portland Trail Blazers.

Terry Dischinger
played his college ball at Purdue and then played on the 1960 US Olympic team. He was drafted by the Chicago Zephyrs, where he was named the 1962-63 NBA Rookie of the Year. He also played for the Detroit Pistons and Portland Trail Blazers from 1962-1973

Richie Guerin
was named to the Basketball Hall of Fame in 2013. He played for the NY Knicks and the St Louis Hawks from 1956 to 1970

More returns are coming in from my basketball mailing last week.....

Jerry Sloan
was a tough player to play against as he was always in the opponents face and never gave an inch. He and fellow Chicago Bulls guard Norm Van Lier drove opposing players crazy with their non stop hustle and aggressive defense which I see lacking in the current game. Oh yeah... he also became a pretty good coach with the Utah Jazz.

Don Kojis
was a forward who played on the first years of three expansion teams in his career. He was drafted in the first round by the Chicago Packers in 1961, their first year of existance in the NBA. He was selected by the Chicago Bulls in the 1966 Expansion Draft and then was selected by the San Diego Rockets in the 1967 Expansion Draft. Overall he played 12 seasons in the NBA. Mr Kojis included 4 different business cards featuring different action photos. 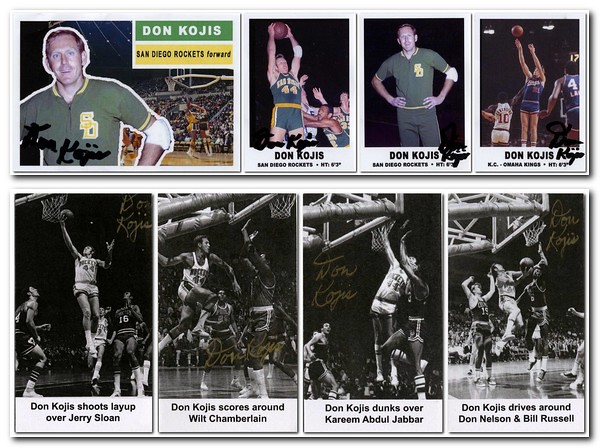 Darrall Imhoff
played for the 1960 US Olympic basketball team and then played in the pros with the Knicks, Lakers and Sixers. He also corrected my misspelling of his first name.

Toby Kimball
was one player I will never forget because he and Bob Weiss were the only two guys I remember who had no hair on their heads. He was a pretty good player and a good rebounder. 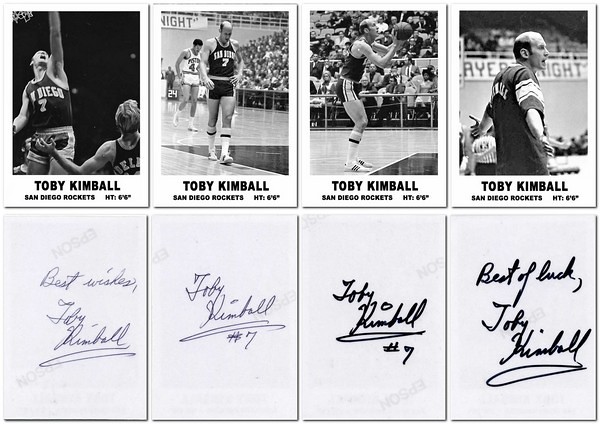 Gary Gregor
came into the NBA as a First Round Draft pick of the Phoenix Suns and was names to the 1968-69 All Rookie team.He later played for the Hawks, Trail Blazers and Bucks before finishing in the ABA with the NY Nets. 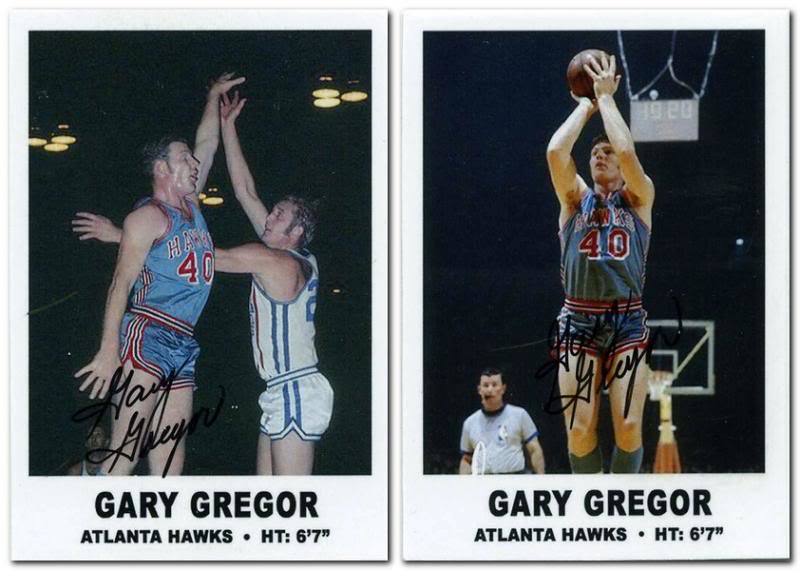 I decided to get back into TTM with basketball and sent out a bunch last weekend, almost all players from the 1960s and 70s. I decided I would make some basketball cards using the 1956 Topps Baseball design and the design of the 1968 Topps Test Basketball set. The 1956 design is one of my favorites and the 1968 Topps Test design is very simple and works well with color or black and white images.

Frank Ramsey
Mr Ramsey played college ball at Kentucky under Adolph Rupp. He later joined the Boston Celtics and won 7 World Championships before retiring and being inducted into the Basketball Hall of Fame in 1981.

Bill Greason
pitched in three games for the St Louis Cardinals in 1954 with an 0-1 record. He pitched with the Birmingham Barons of the Negro American League in 1948 and 1949. Thanks to Net54 member Mark House for his post regarding Rev. Greason's career and the link for the video


A Conversation with Rev. Bill Greason 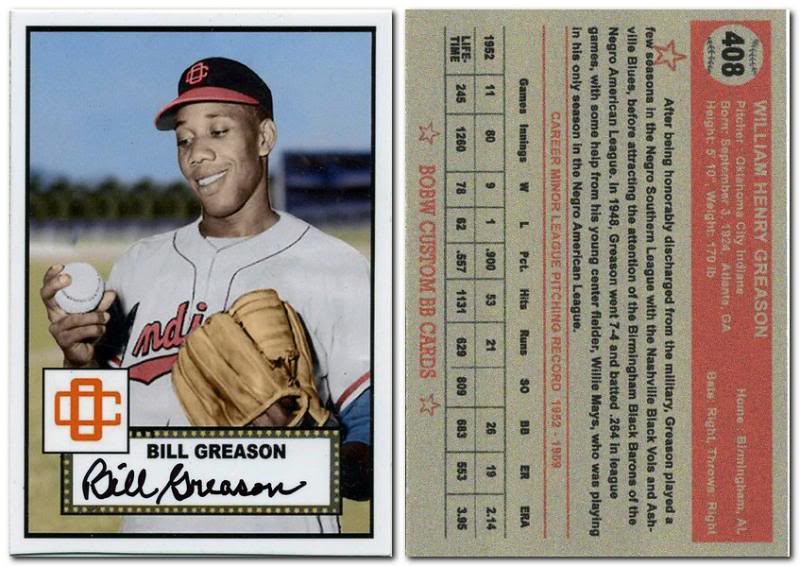 Today I got back some customs I sent to a signing with former Providence Friar and Buffalo Braves point guard Ernie Di Gregorio that was held by Jamie Blye. Ernie D was one of my favorite players when I was younger. He and Marvin Barnes were fun to watch and led Providence to the Final Four in 1973. 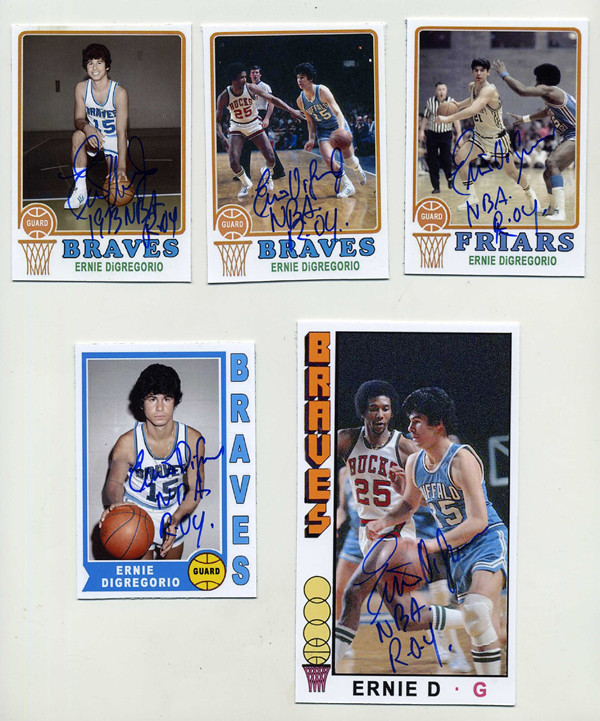 I got these back today from Mark Grunske and Wauekesha Sports via their public signing on Feb 1st. The price was more than reasonable and would recommend them to others, 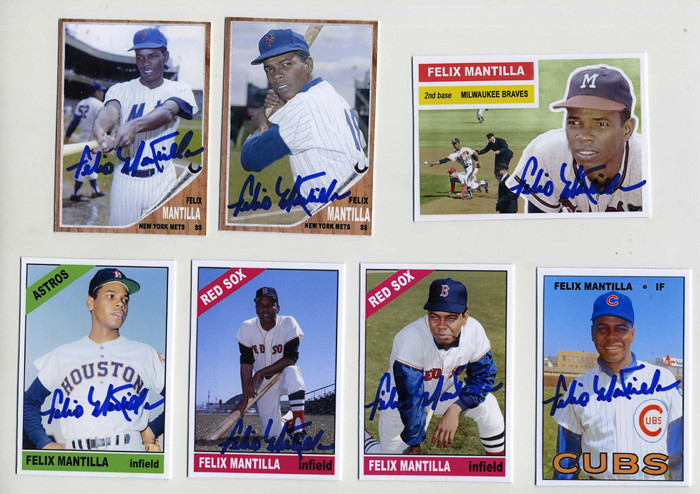 I've been getting into making 1956 Topps as it is one of my favorite sets and I'm getting a little better making backs though I still can't get the fronts and backs to align correctly. 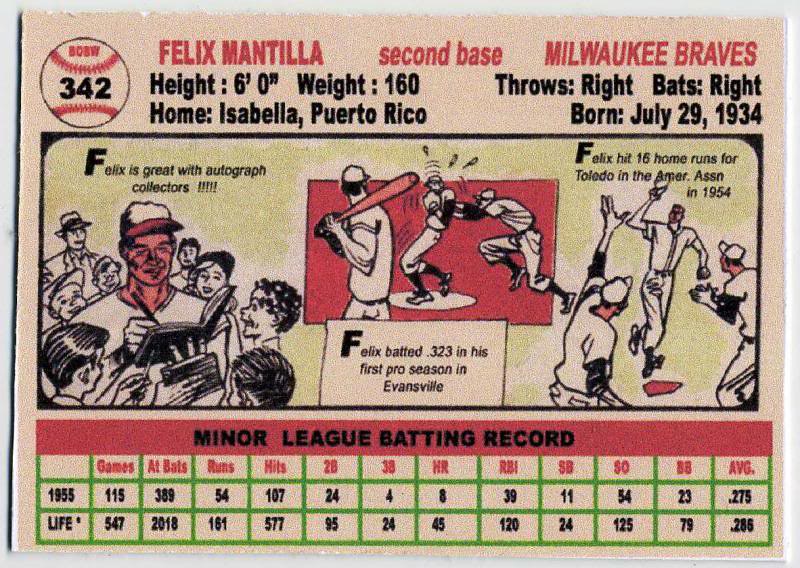 I did this card (which is actually post card size) a while back and first sent it to Hector Torres who took almost a year to sign and return. Got the Mantilla and now off to Puerto Rico and Juan Pizarro. 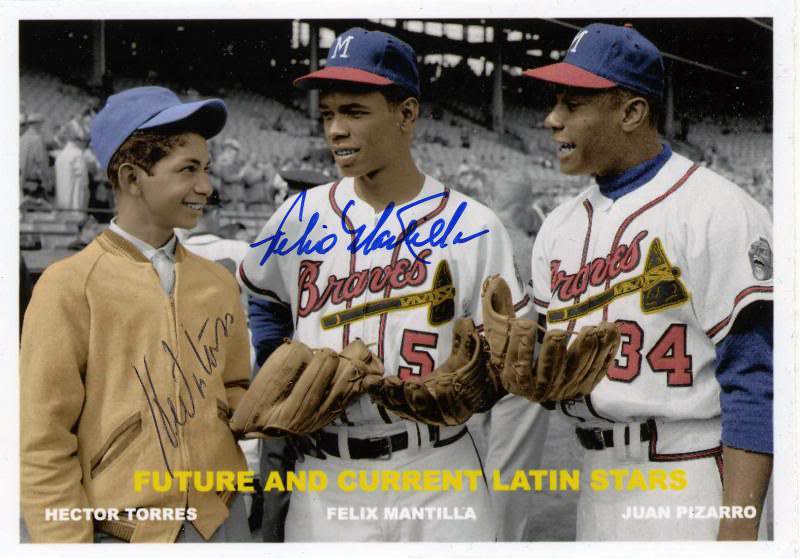 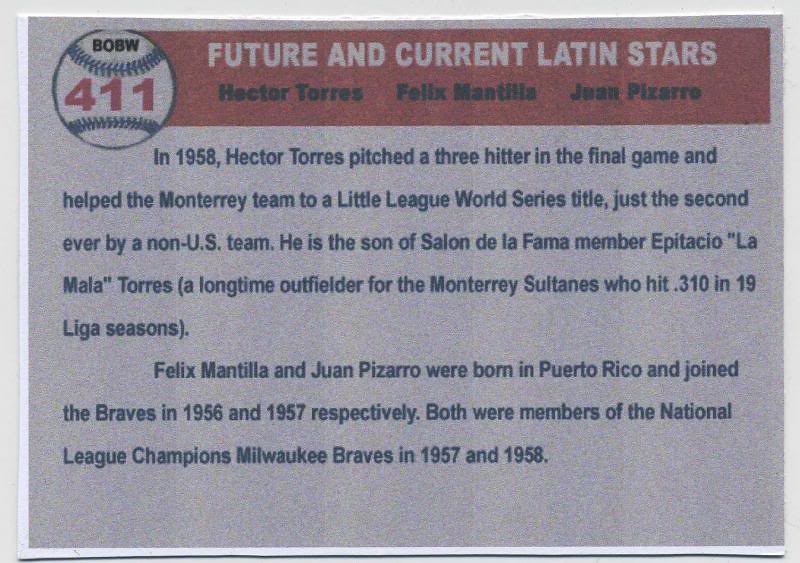