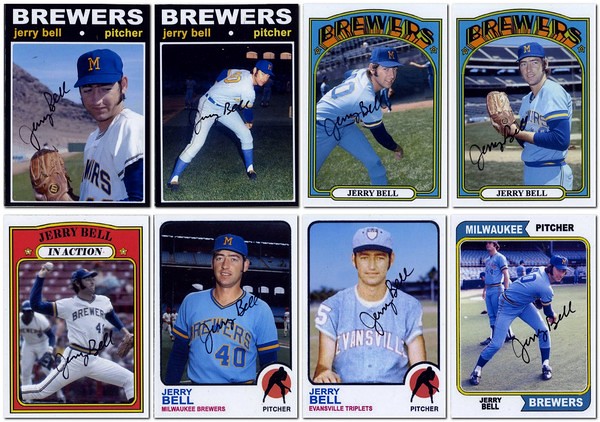 Got one return today and it came about in a round about way.....

Steve Cox
was a first baseman who played for the Tampa Bay Devil Rays from 1999 to 2002. Usually I prefer making cards and mailing to older players from the 1950s, 60s and 70s but I made some cards of Mr Cox after the wife of a "Friends of Ray Peters" teammate said their daughter was "married to a pro ballplayer" and the player turned out to be Steve Cox. She agreed to get the cards signed for me...Thanks Julie. 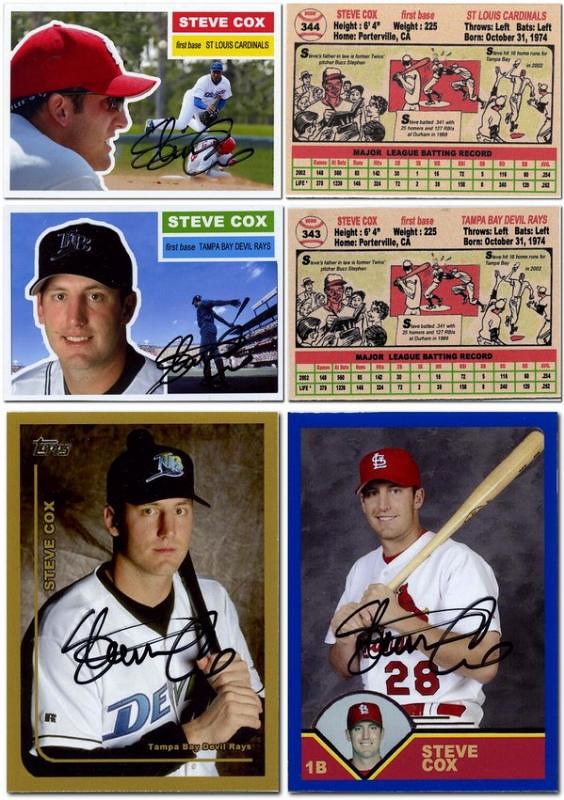 And in another installment of "The Friends of Ray Peters"........

Buzz Stephen
was a teammate of  Ray's with the Jacksonville Suns and the Portland Beavers in 1970 as they were both in the Seattle Pilots organization. Mr Stephen pitched in two games in the majors with the Minnesota Twins in 1967 with a 1-1 record. He was then selected by the Seattle Pilots in the 1968 Expansion Draft.

Mike Swain
was a teammate of Ray's in 1969 with the Pilots' Instructional League team and in Clinton in the Midwest League.  He went to Ohio State and was a pitcher on the 1966 NCAA Championship team and was also a member of the basketball team that went to the 1968 Final Four before losing to North Carolina.

Got my Patriots HOF customs back from a public signing by HOFer John Hannah who was at Doug Keating's Manfield, MA show last weekend.

John Hannah
played guard for the New England Patriots from 1973 to 1985 after playing for Bear Bryant at Alabama. He made the Pro Football Hall of Fame in 1991