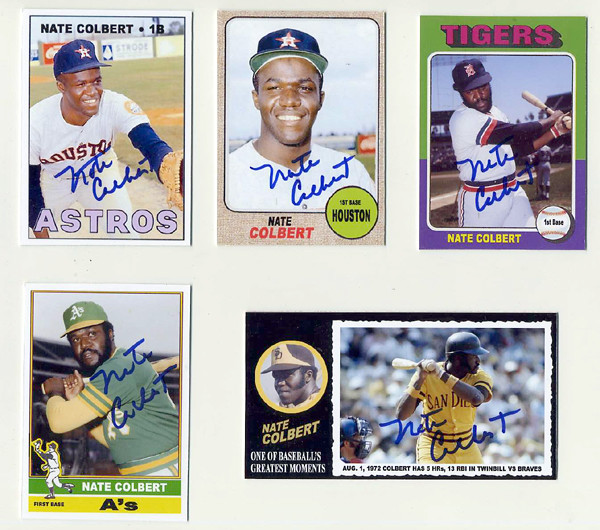 Pat Locanto
never played in the major leagues but he played in the Phillies minor league system for 5 years and was also picked by the Kansas City Royals in the 1969 Rule 5 Draft. That spring, Topps even took some pictures of him in a Royals uniform which was the topic on http://www.baseball-birthdays.net

" This is Patrick Locanto who is the professional ball player (Philadelphia, Kansas City) you gentleman were trying to identify in the Topps Baseball Card from 1970. It has fascinated me because for all these years since those pictures were taken (KC Spring Training, 1970) I had never seen them until now!! FYI, I was in my dentist office when he googled my name a couple months ago that they popped up with the dialogue from Baseball-Birthday.net. I have to thank all of you for the consideration.

Amazin_69 had a pretty accurate recap of my career which is pretty impressive since I played so long ago. I was drafted out of Western Michigan University as a senior in 1968. Philadelphia 21st round. Played in the Minor A Northwest League shortened league that summer made the Allstar Team. Went to spring training the following year and made the AA Eastern League Team for Reading, Pa. again making the All Star Team. Two really exceptional years for a middle infielder. The winter in 1969 I was the number 1 draft choice for the KC Royals in the Rule 5 draft put on their big league roster. This is where my career trouble begins because of the Army Reserves (Vietnam) I didn't get out of the active duty requirement until three weeks into spring training with KC. Tried hard to impress people, hurt my arm and didn't tell anyone. Rule 5 works that you are required to remain on the big league roster for the whole year. If the team that drafts you sends you to the minor leagues then the original team can choose to repurchase you. KC purchased me for $25K and Philadelphia was able to repurchase me for half price or $12.5K. I was then returned to Philadelphia when spring training was completed and I had my leg broken on a player sliding into me braking up a double play in the 2nd game of the season at Reading, Pa. I like to say, very unfortunately, I went from the Big Leagues, Triple AAA, Double AA, and out of baseball in one month. Sad, but true, even though I continued to try to recover for the next couple years with healing, flexibility issues.

I didn't get released, I actually decided to retire from the Phillies in 1973 while having leg issues at Spartenburg, SC. I then commenced with the rest of my life since I had a college degree. I have been married for 45 year, two children, one grandchild. Being originally from Detroit and growing up in the auto industry I ended up in purchasing, sales, management, and a director for automotive manufacturing companies. Move to California in 1978 where I currently preside.

I would welcome the opportunity to get the Topps pictures but not sure how to go about it. If anyone reads this post maybe they can help me locate them or purchase them from someone.

Mr Locanto sent me his address and I made some cards for him and had him sign a few. Even though he never made the major leagues, my motto is "If they took your picture, you deserve a card" 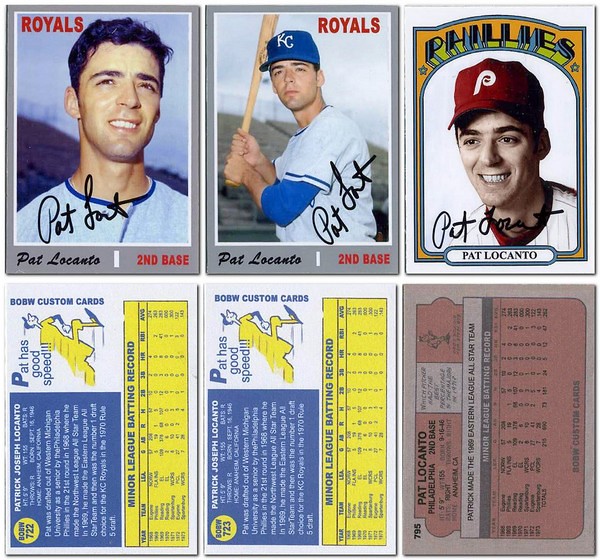 Got my customs back from a public signing with former Boston Patriots and NY Jets QB Babe Parilli. He was at Doug Keating's bb card show in Massachusetts last week. 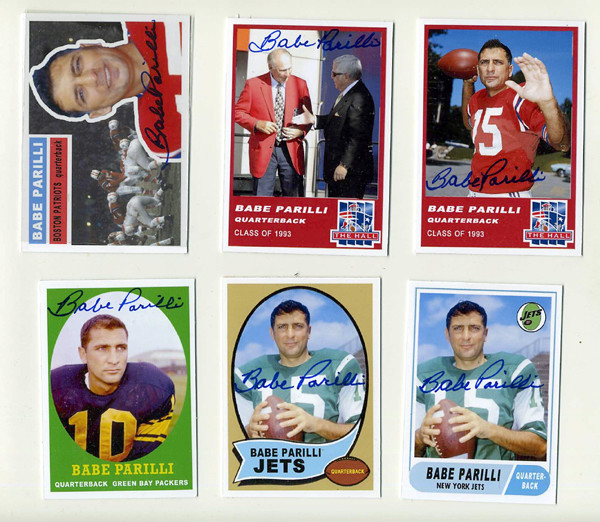