Pete Koegel
played in the majors with the Brewers and Phillies from 1970-1972 but was originally drafted by the Kansas City Athletics in 1965.

Former Brewers pitcher Ray Peters, who has been getting in touch with former teammates and opponents got in touch with his former catcher, Mr Koegel, and we made up some cards with the help of Keith from NYC. These are the ones I made up. A few sets for Mr Koegel and a set each for Keith and I. 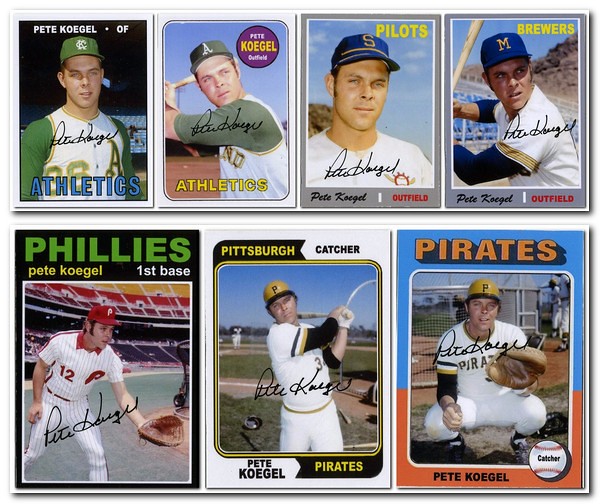