A special thanks to former Brewers pitcher Ray Peters on this TTM return who originally contacted Mr Shank and got the OK from him to send the customs.

Harvey Shank
pitched in one game for the 1970 California Angels on May 16, 1970 against the Oakland A's. He came on in relief and pitched 3 scoreless innings. He was drafted by the Angels in the 1968 Amateur Draft from Stanford University and pitched in the Angel's organization until 1971. After baseball , he started working for the NBA Phoenix Suns in 1971 and has been there ever since, over 40 years.

I have never seen a photo of Mr Shank as an Angel so I used his Stanford University photo and Photoshopped an Angels uni on him. 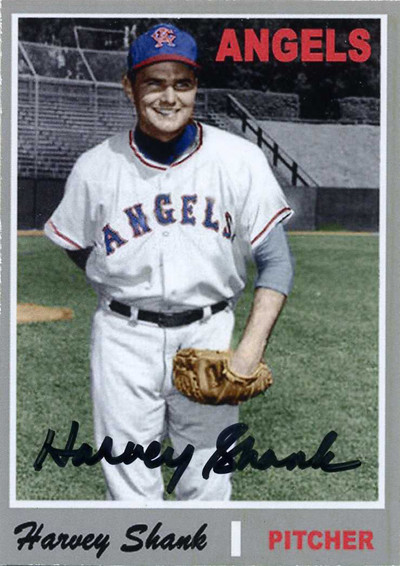